The first form/kata/khat in Kung Fu Toa aims to develop fine motor skills by creating harmony between body and mind. The practitioner develops a more conscious state of mind where ones focus is on his or her own body, surroundings and fellow humans. A connection is made between body and mind that increases the practitioner’s consciousness and self-image. The form has 515 techniques, combinations and reactions, which all follow a style exclusive to Kung Fu To’a. The practitioner learns a.o. front kicks, punches and blocks from adversaries from multiple angles. There are both defense and attack against the opponent’s weak spots with both hands and feet. There are eight directions of each 45 degrees, which makes the practitioner come a full circle at the end of the form. The power for the blocks and attacks are generated throughout the entire body. For instance, when striking an opponent, the energy for the punch comes all the way from the ground, up through the leg, up to the hip, through the upper body, out in the arm and hand, until it finally is released toward the target. In addition, there is a lot of focus on establishing a solid ground position to help with the balance, which makes it harder for the opponent to knock you down.

In the second form the practitioner is introduced to more difficult techniques, which further develops fine motor skills. The form introduces circular movements, new blocks, sidekicks, block kicks, double punches and develops a greater inner strength in the form of chi-training. The form has 312 techniques, combinations and reactions that are very unlike the ones from the first form, but still alike in style. Atado is a very compact form where the practitioner keeps his guard close to the body while simultaneously building up power for the next movement. The back and chest is particularly strengthened through these exercises. The practitioner will test his ability to imagine several opponents at the same time, as well as the ability to defend and attack in the same motion.

The third form looks nothing like the first two forms. The practitioner will now have to learn entirely new techniques. In Suto there are wide stands and large arm movements that dominate the entire form. The energy is now spread out more and the blocks and kicks are no longer close to the body. At this stage the practitioner should show a certain level of flexibility and leg power, which should be acquired in the training. The entire form is dominated by powerful kicks. There are front kicks, low kicks, spin kicks and blocking kicks. The directions are simpler than in Atado. However, there are a lot more movements and techniques in the same direction as compared to previous forms.

Samsamae means to search. The form seeks to search for inner strength and develop us further as spiritual and body-conscious individuals. You work a lot with strengthening the back and increasing the speed of the upper limbs. There are also various leg techniques, which have been learned previously. The sequences are longer and more complex than previously. You now have to be able to orientate in a much more complex manner. There are fewer breaks between the sequences, so it is important to be quite fit seeing as ones physique will be tested. The form has grabs, throws, diversions and mortal attack techniques towards vital organs, such as, the testicles, the liver, the eyes and mouth. In Samsamae there are more than 2000 techniques consisting of attacks, blocks, grabs, diversions and strangulation. You get up close with your opponent and there are also sequences where you defend yourself from the ground. From the ground position you have the advantage of being able to use both hands and feet at the same time.

Mayane is physically very hard, which is due to the many kicks and very long sequences. You will have to show a certain level of flexibility and leg strength. Also, you have to show that you are very fit. The orientation is complex, which is due to the many directions you have to take for an extended period of time and there are only few repetitions in directions. The kung fu practitioner’s memory is particularly tested, because it is a very long form. In addition, there is a long sequence, which is first mirrored and then repeated in a different direction, which can seem quite confusing to some. You will get your abs and breathing techniques tested, because the extended periods of movement demands sufficient core strength and general physique. Keeping a solid posture during all of the leg techniques without breathing heavily throughout the sequences is paramount for the techniques to be carried out properly. There are more than 5000 techniques in Mayane and it is therefore the longest single form in Kung Fu Toa. The techniques consist of kicks, take-downs, sweeps with the legs and varied blocks with the knees. It should take less than 10 minutes to complete the form.

In Kuanne there are multiple kick sequences where you have to imagine several attackers at once. A lot of blocking kicks in combination with attacking kicks are used. Just like in Samsamae and Mayane there is a sequence on the ground where techniques are done that are very effective against a standing opponent. In this sequence you lock the opponent’s legs and you also use your hands in this defensive sequence. The orientation in space is at least as complex as in Mayane, maybe even more so. The complex orientation helps the practitioner in remembering more sufficiently and generally generates a higher cognitive perception of surroundings and situations. In all of the forms you are required to end up in the same position as where you started, which means that if you don’t end up in the same place it means that a mistake was made and more practice is needed in order to pass.

Kuanne and Vest Mayane are essentially one form. At the graduation both forms have to be executed, because you only receive one khat when passing. Combined there are 8765 techniques in what is also called the sixth line, form, kata or khat. The two forms are aesthetically not the greatest seeing as there are long sequences with kicks in multiple directions and they can seem messy. However, there is a reason for the many kicks in several different directions and that is because the practitioner’s corporal and cognitive memory is tested by making him change direction in what may seem as an unreasonable moment of the execution of the techniques. It all makes sense once you start to image opponents coming from different directions at the same time. Both forms clearly take their inspiration from Shaolin-kung fu, which is particularly evident in the animal-style postures. When doing both forms in sequence it is Kung Fu To’a’s longest form. You have to be quite fit in order to perform all of the techniques properly throughout both forms. There are also several physically hard sequences where flying kicks are performed during a long sequence. There is hardly any time to catch your breath following a flying kick before the next imaginary opponent attacks and the next technique must be executed.

Vaymabato, or 'Grip of Death', is the seventh and final form. The reason for the gruesome name is because most of the techniques are attacks towards the opponent’s vital parts, with the aim of seriously injuring them. There are a lot of attacks towards the opponent’s vital points, such as, the throat, mouth, groin, solar plexus, kidneys and lungs. The attacks consist of fists, elbows and kicks. There are also several advanced flying kicks that demand a high level of skills in technique and balance. Aesthetically, Vaymabato is quite stunning and the techniques are very hard. When performed there is no doubt in the observer's mind that they are dealing with a person of a high level of skills. Vaymabato consists of 3301 techniques. Once you pass you receive the green belt and the seventh line for your gi/uniform.

World Toa Federation and The Colosseum invite all Thai boxing, Kickboxing, K1 and Kung Fu Toa clubs all over Europe and abroad to participate in an international martial arts tournament, WKFTF European Open Championship, from May 18-20 2017. Preliminary entry-forms (fighters) is due April 15 th 2017 by e-mail: info@wkftf.com NO REGISTRATION after 15.04.2017 The tournament is organized by The Colosseum Club under the rules of WKFTF. Read more about the tournament here.

For those interested in becoming an official representative of the World Kung Fu To'a Federation and participate in our championships and competitions, you can fill out this application form:

There are some requirements for membership, which you can read about in the form.

This only applies to official representatives that either represent a club or a country.

To All Kung Fu To’a Practitioners,
World Toa Federation will participate in the Unified World Championships between the 25th - 30th October 2016. If you are interested in participating, contact us! Below is the link to the championships.

To All Kung Fu To’a Practitioners,
I would like to inform all Kung Fu To’a practitioners around the world, if you have any suggestions or ideas regarding the articles of association of World Kung Fu To’a , please let us know within 6 months form this date 11/08/2015. 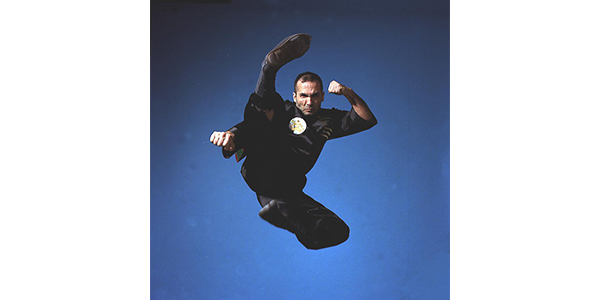